SPS/HGTG completed an LE Firearms Instructor Course in Cookeville, TN the week of 5-9 April.  12 officers from 4 agencies attended the class and all successfully completed the course.  Thanks to our host, Cookeville Police Department for bringing us back to the Tennessee Cumberland Plateau! 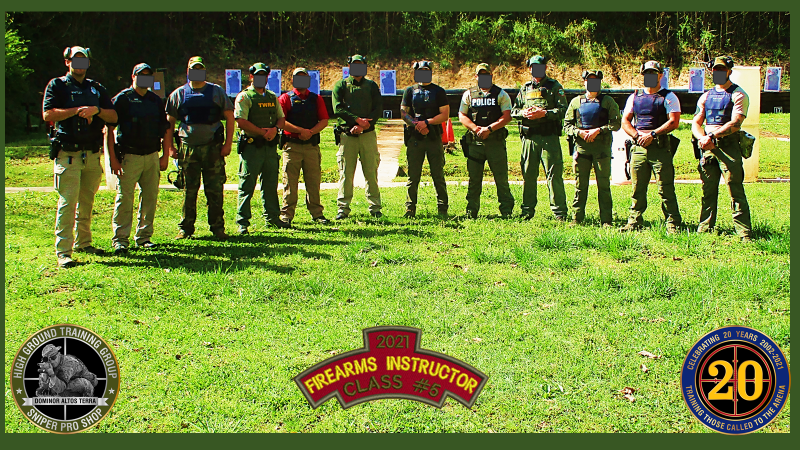 This unique  program trains patrol level officers to effectively utilize the LE Special Purpose Rifle to effectively engage threats at short to intermediate ranges.  The use of the LEDM increases accuracy and potentially lessens the amount of rounds fired in an engagement with a dangerous criminal.  Congratulations to the officers attending. 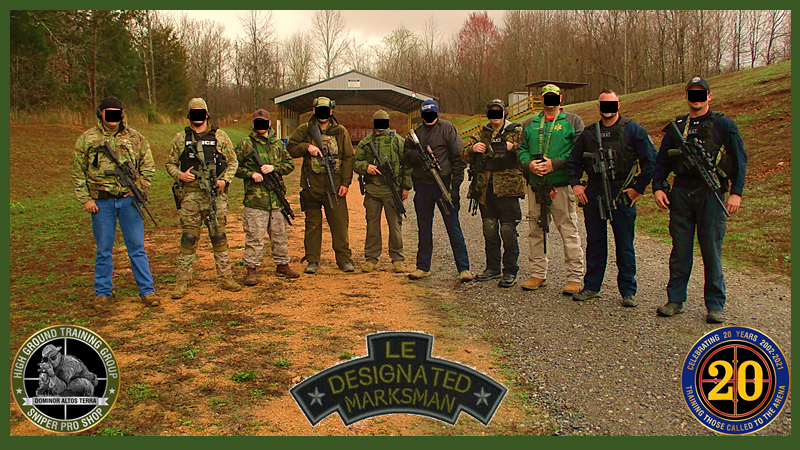 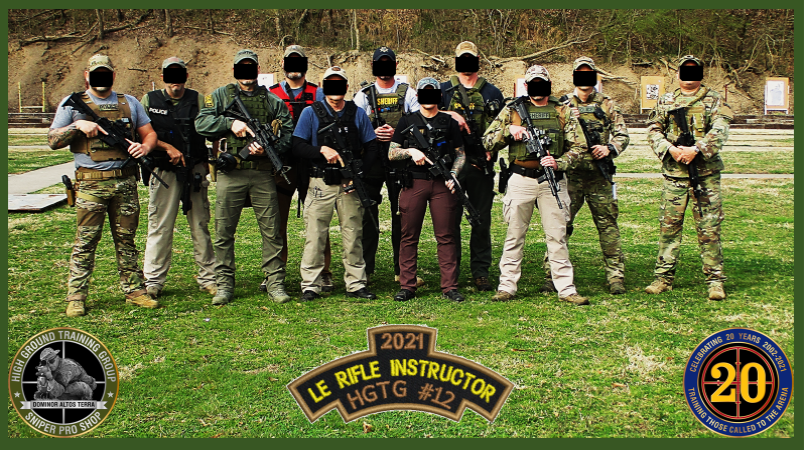 Congratulations to the members of LERI Class #12 who successfully completed the course on Friday, 12 March.

Thanks to the Hamilton County Sheriff’s Office for hosting and Chattanooga P.D. and HCSO for the great range facility.  The class represented 6 agencies from 2 states and the U.S. Military and they all represented their respective agencies and units well. 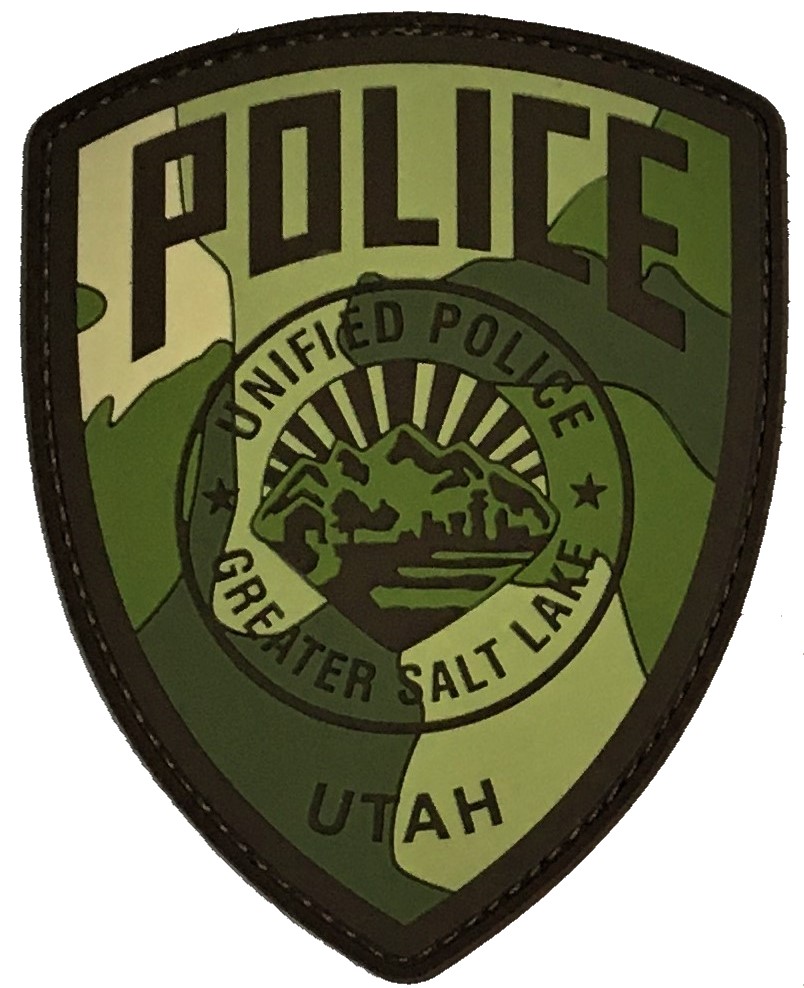 We have just added two new Level II Advanced Sniper courses to the 2021 schedule.   We will be in Price, UT at the North Springs Shooting Range Complex the week of 20-24 September.  This course is hosted by Unified P.D. of Greater Salt Lake. 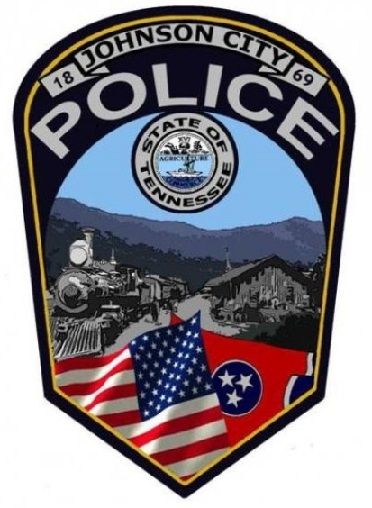 We will be back in Tennessee 11-15 October for Level II Sniper at the Johnson City P.D.

Registration is uploaded for both classes and we expect them to fill quickly. 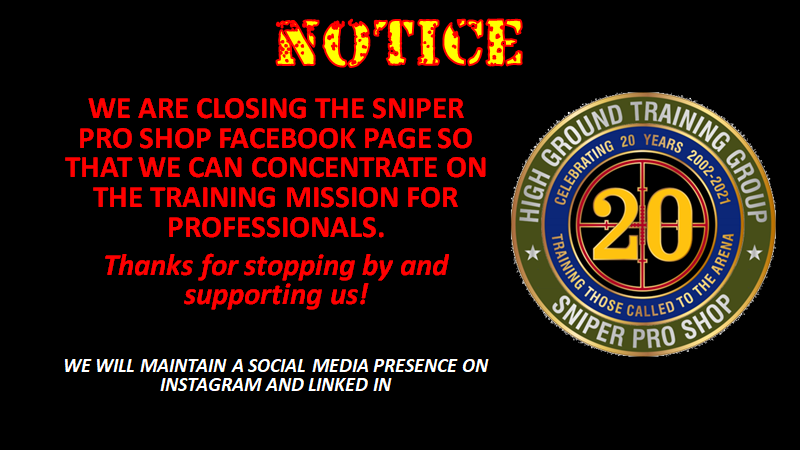 We are closing the SPS/HGTG Facebook page. Thanks to all who have liked and followed the page. Over the past couple of months we noticed an inordinate jump in the number of followers and page likes and got really excited until we started tracking them. What we saw concerned us.  A large number of the new likes and followers came from civilian firearms enthusiasts. No big deal… until we looked closer and began to realize that we were attracting attention from individuals and/or bots with very far right and very far left extremist views.  We found that we were spending too much time on a daily basis checking, blocking and banning these accounts.
SPS was founded to serve armed professionals who have sworn to protect and serve. We do not support extremist ideas or views from any camp and we will not be drawn into the extremist political fray or give the impression that we support one or the other.
We will maintain our Instagram account (@sniperproshop) for communication and my professional Linked In page as well as this SPS website. We will be in the process of phasing out the SPS Facebook page in the coming weeks. Thanks to all who continue to support us, rest assured we are still in the business of supporting our alumni and client law enforcement agencies and military units.
Looking forward to a great year of training! 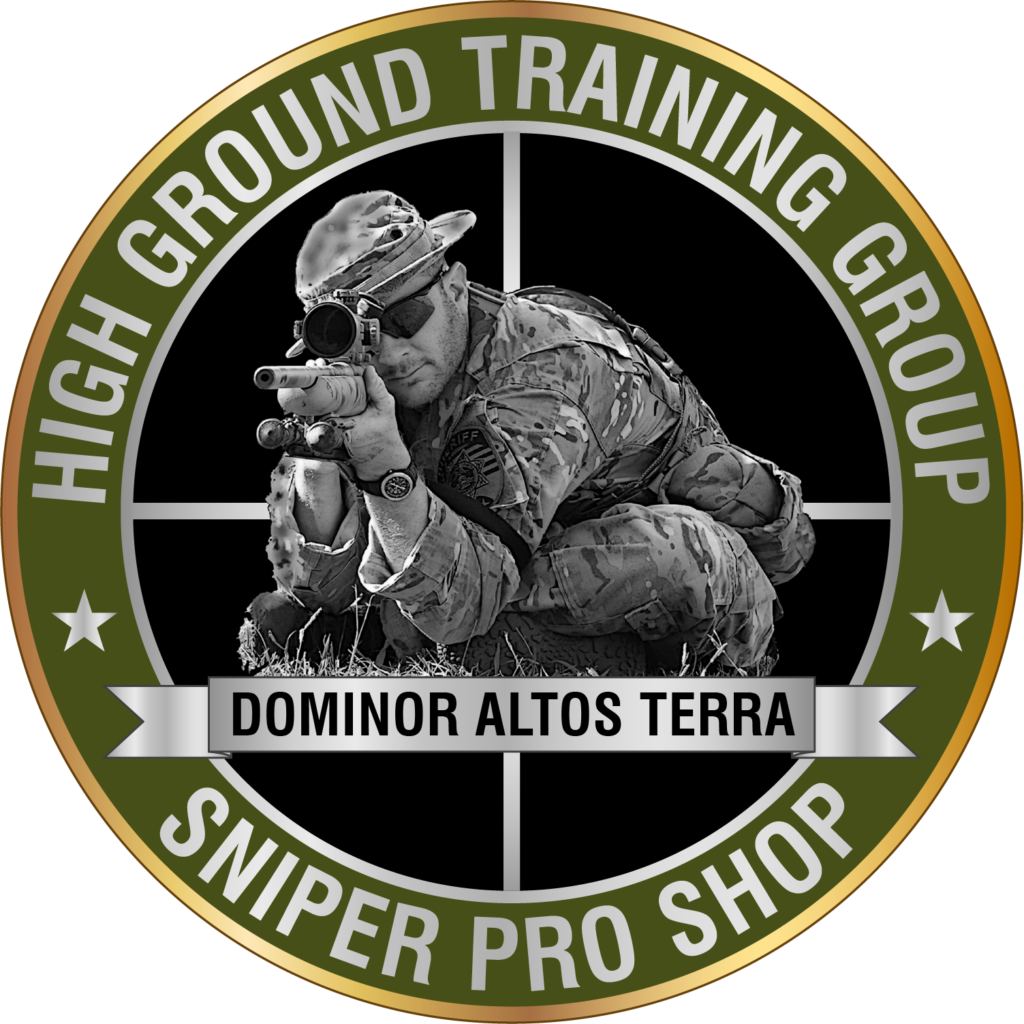 The Level I Sniper course scheduled for 10-14 May 2021 in Johnson City, TN filled quickly with almost two months to go before the deadline.  With a week, we had another six applicants on the standby list so we were able to schedule a second week of Level I Sniper training at JCPD.  The new course will be held 3-7 May at Johnson City PD and it is available for enrollment now.  The course is already half full and since we are still on COVID-19 Training Protocols, we are only accepting 12 in the class.

We are currently planning  Level II Advanced Sniper courses in Tennessee and Utah for Fall 2021. The Tennessee course is already in high demand with a number of slots reserved.  We expect it to fill quickly.    We hope to have solid dates soon.

We are less than one month out from the beginning of the 2021 Training Season.  We will  kick it off in Chattanooga with a LE Rifle Instructor Course the week of 8-12 March.  Agencies have responded well and the course is full.  It is on to Linden, TN the next week for the 4-day LE Designated Marksman Course with officers from Tennessee and Mississippi nearly filling the roster.  Enrollment closes on 15 February with only 2 positions left.

April takes us back to Cookeville to do LE Firearms Instructor with Cookeville PD the week of 5-9 April.  At the end of the month it is off to East Tennessee where we will be doing a Special Operations Sustainment Training Course for Sullivan CO S.O.

In May we complete the season with a Level I Sniper course at Johnson City, TN.  This class is filled to capacity with a +50% standby list so we are working on the possibility of doing a second week of training to accommodate the demand.  To all of our client agencies,  and units as well as those officers and military personnel who continue to pay their own way through our courses we appreciate you and the trust that you continue to show us.  Thank you for help us celebrate our 20th year of providing training to armed professionals. 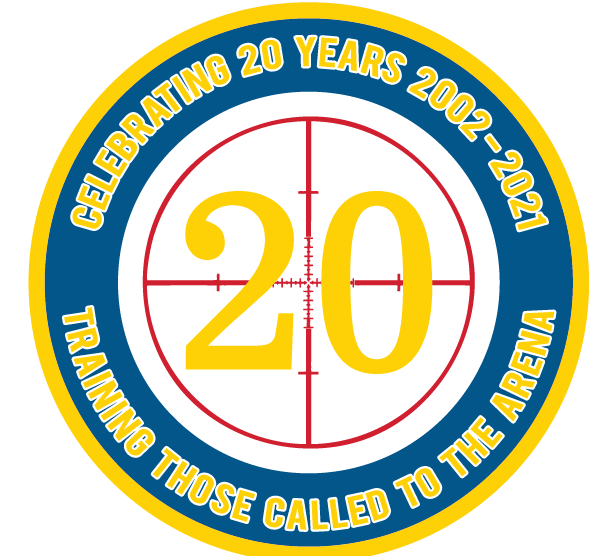 As a Defense Contractor serving clients from the US Military to Federal, State and Local agencies nationwide, we have found it necessary to provide a statement of policy on the use of social media for the company.

Sniper Pro Shop is a GSA Schedule Defense Contractor providing training services to government entities. As such, Sniper Pro Shop has always held and shall continue to maintain an apolitical stance.
High Ground Training Group is made up of select contractors with experience and expertise in various areas of training provided by SPS and perform services on an assignment basis.
SPS is the sole owner of the HGTG name and all associated logos, trademarks and emblems.
SPS maintains website and social media accounts for professional and business communications to clients and customers utilizing both the SPS and HGTG names and logos.
SPS/HGTG supports the right to free speech, but we believe that this speech should be tempered with wisdom and supported by truth. Free speech is not just a right, it is a responsibility; a responsibility that includes ensuring that posts are true and sources of information vetted.
SPS/HGTG does not condone, support or assume responsibility for any fallacious, misleading or extreme partisan social media posts made by any HGTG contractor on their personal social media accounts.

January 2021!  We are in full production in the SPS shop.   Watch our gear shop page to catch new updates and restocks on SPS Gear.

Going forward, all SPS Sales and Coupons will be only posted on our Instagram page.  it is @sniperproshop so be sure to follow us to see what we are up to and catch the latest updates, sales and coupons.

Our spring 2021 schedule is getting crowded but we still have limited dates for late spring and are now setting up the Fall Schedule.  We are still accepting requests for SOST classes for Late Spring and Summer.  Contact us for information or hosting opportunities.

We started off with a free 2-day Handgun & Carbine Operator course hosted by Cookeville P.D. February 10-11.  Torrential rains flooded the host range and we were fortunate to be able to move to the Putnam Co. S.O. range for the course.  18 officers from 14 agencies attended the course and we were spent 16 hours tuning up skills and introducing many to the SPS/HGTG Handgun and Fighting Rifle programs. 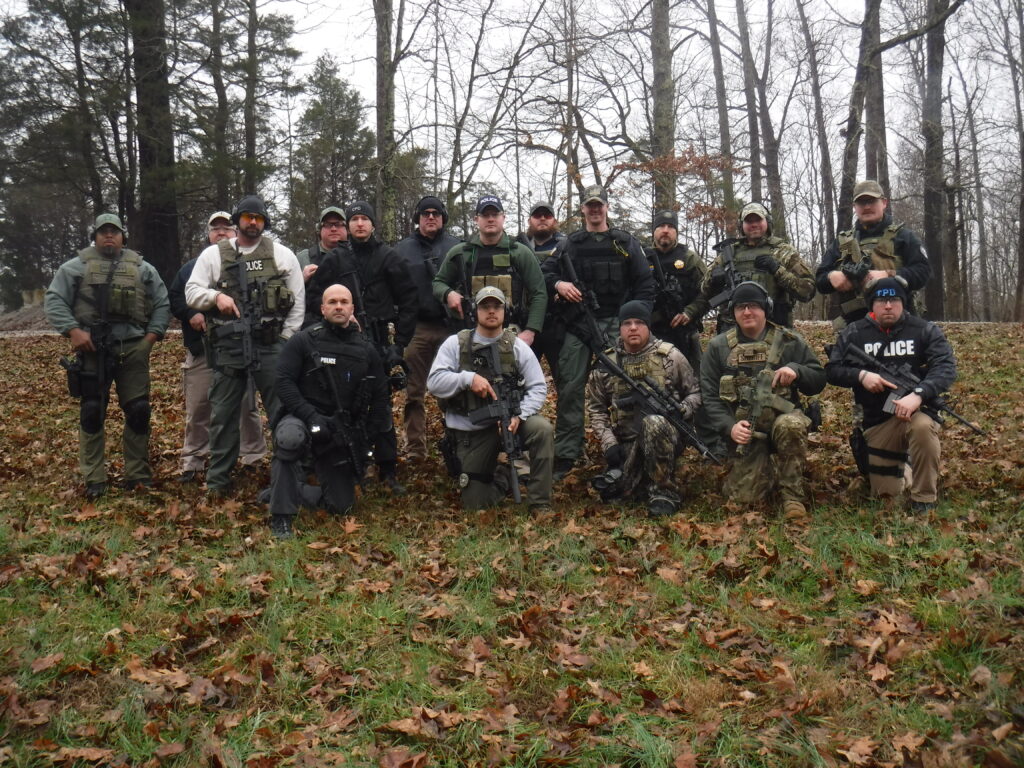 The following week, Instructor Dave Schifo and I traveled to Chattanooga, TN for a Close Team Support Course conducted for Hamilton County Sheriff’s Office SWAT.  This was the second installment of this course and completed the CTS program for the entire HCSO SWAT team. 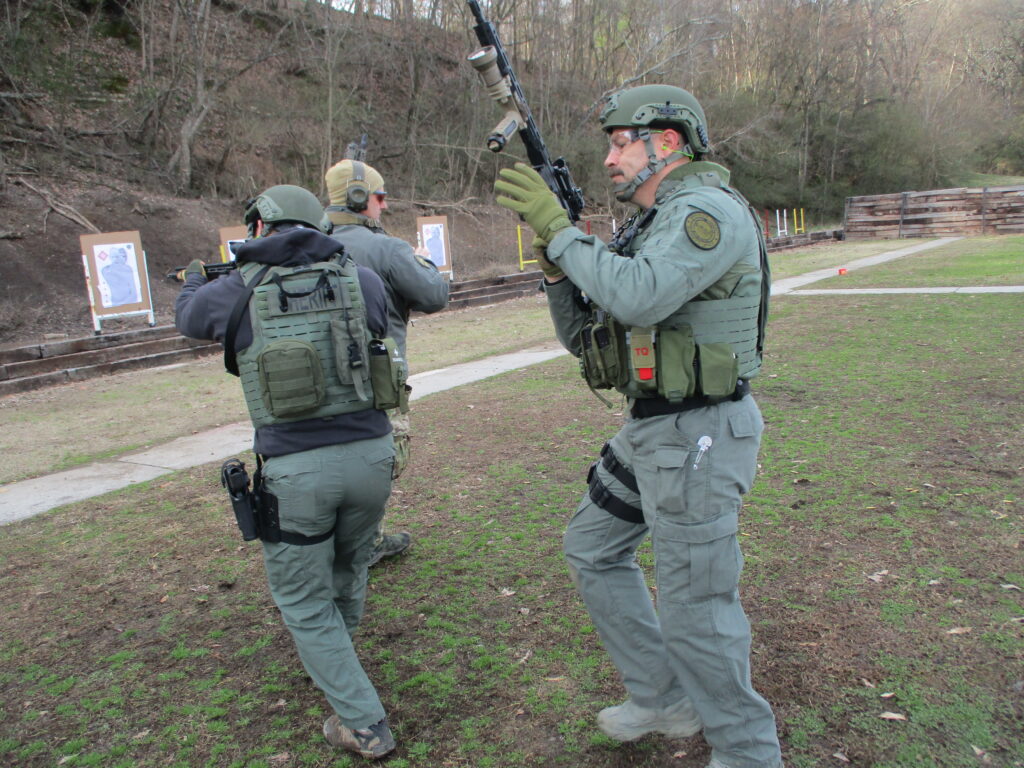 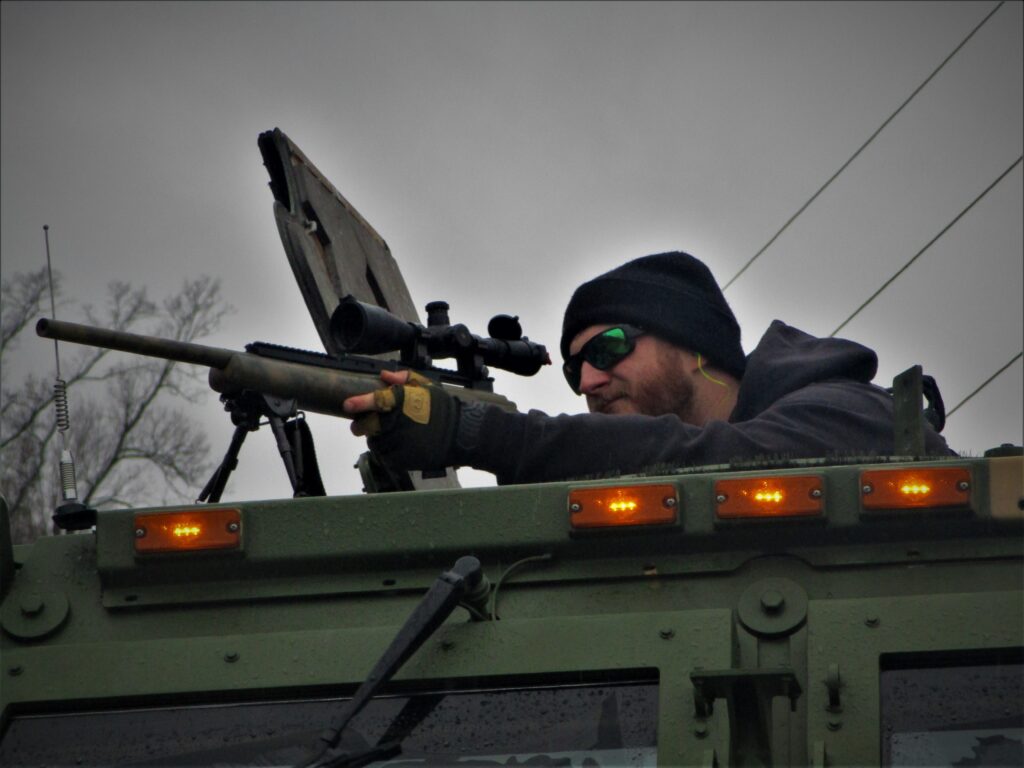 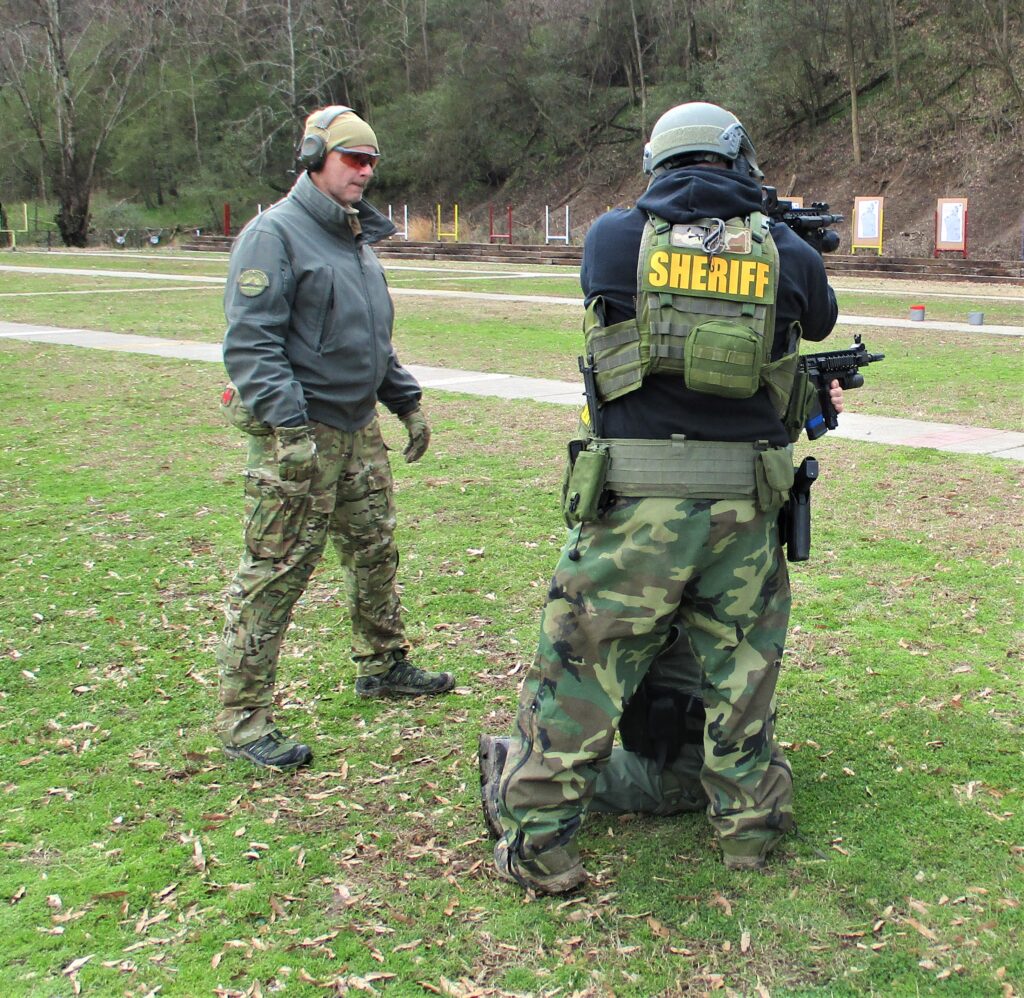 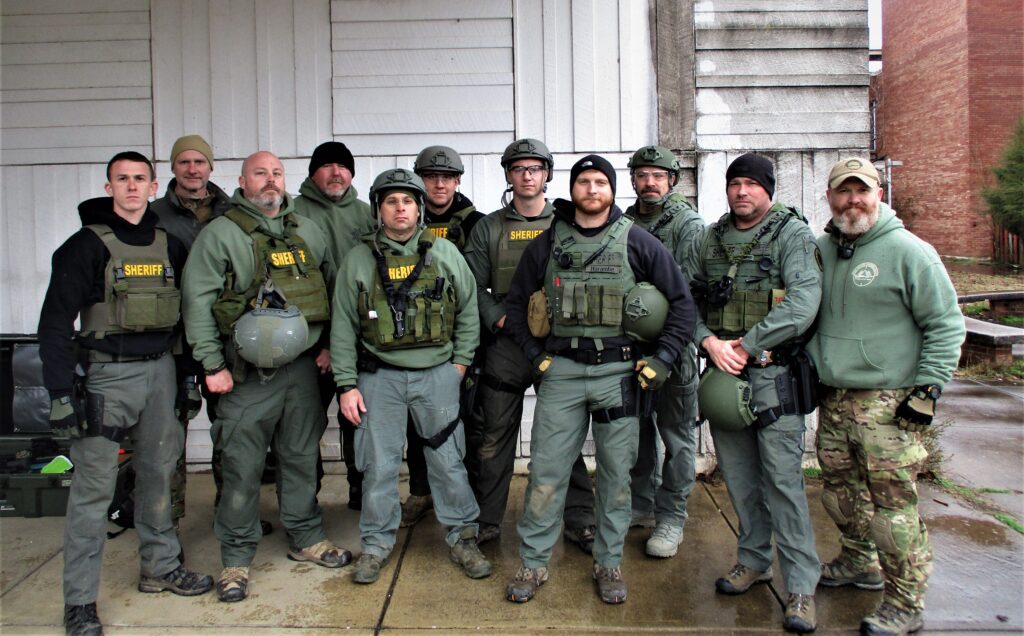 The last week of February, we kicked off a custom training event for the Nolensville, TN Police Department.  We rotated all NPD patrol personnel through an 8-hour training event building tactical and shooting skills.  This was the first of three sessions that we customized for the NPD. 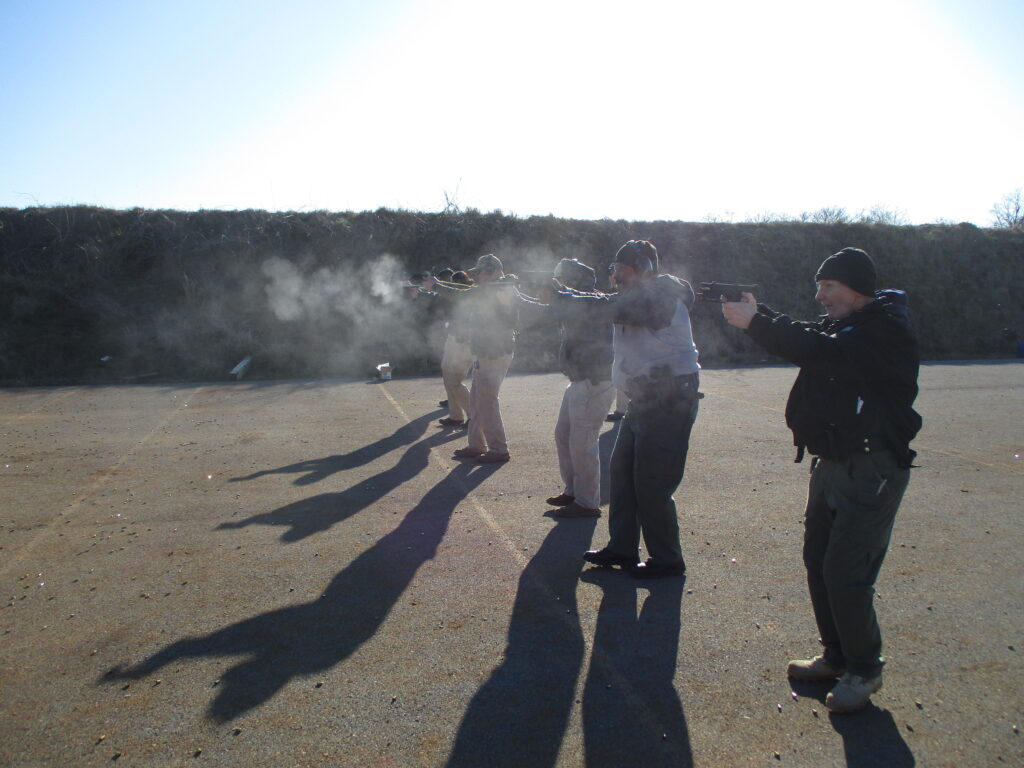 And then it happened… As the CV-19 pandemic kicked into high gear, we saw a number of our host agencies and participant agencies appropriately cutting training events and attendance to concentrate on operations.  We took advantage of the shutdown for family time, projects and updates to training programs, materials and equipment.   By mid Summer we were cautiously gearing up to begin planning training for the Fall.  In late August and Early September, we completed the 3-day custom Handgun & Carbine courses with Nolensville P.D. 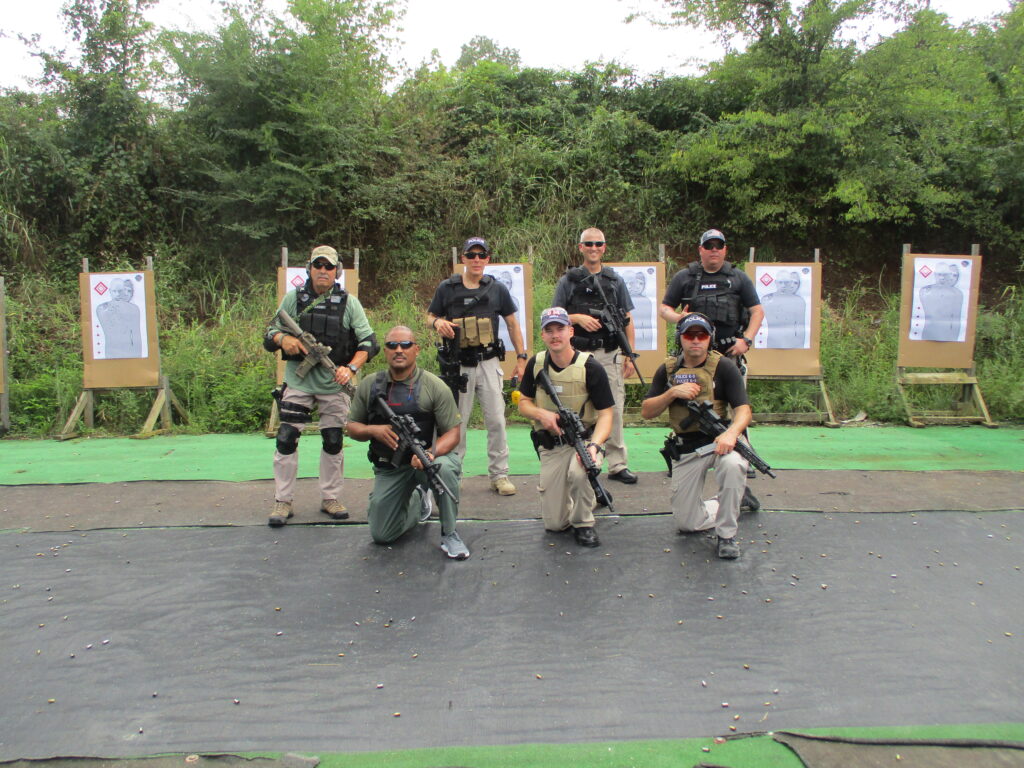 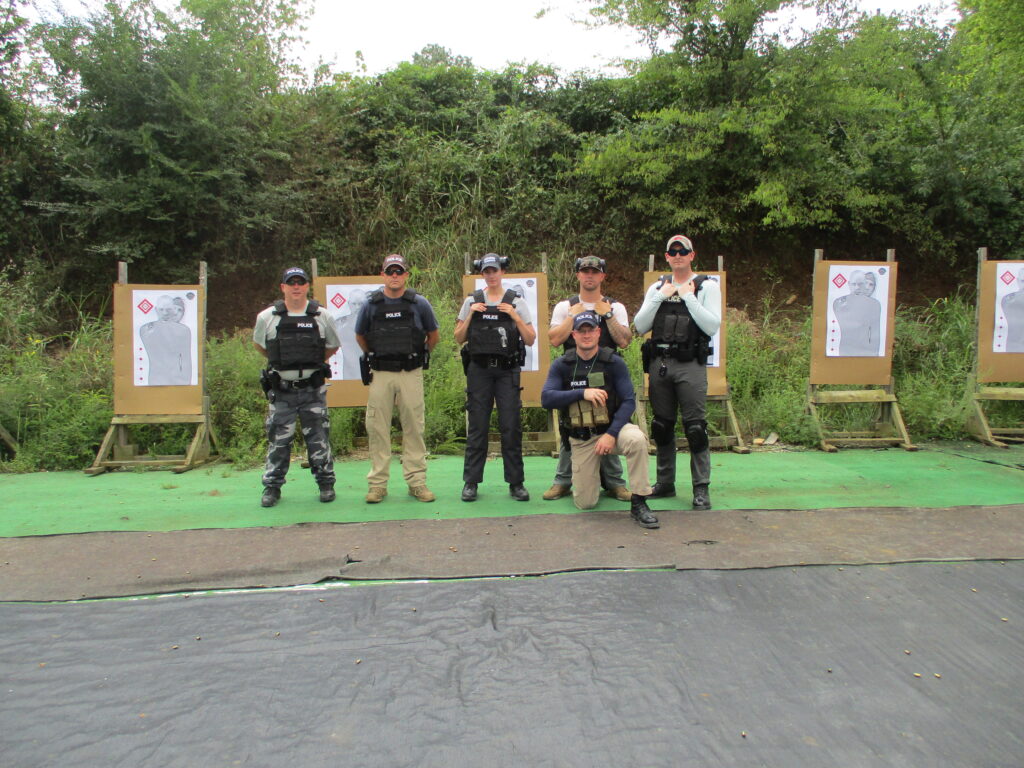 The last week of September began an ambitious project in Utah with host agencies Unified Police Department of Greater Salt Lake and West Jordan, UT Police Department.  We conducted 2 back-to-back Level I Sniper courses.  We reduced class sizes due to the pandemic and consequently were able to accommodate more participants overall for this program.  23 officers from 10 teams representing 13 agencies from Utah and Idaho attended the course.  This included:

Support from the host agencies was fantastic and we conducted training in three counties during the two-week training mission.  We look forward to going back to Utah to work with these dedicated professionals. 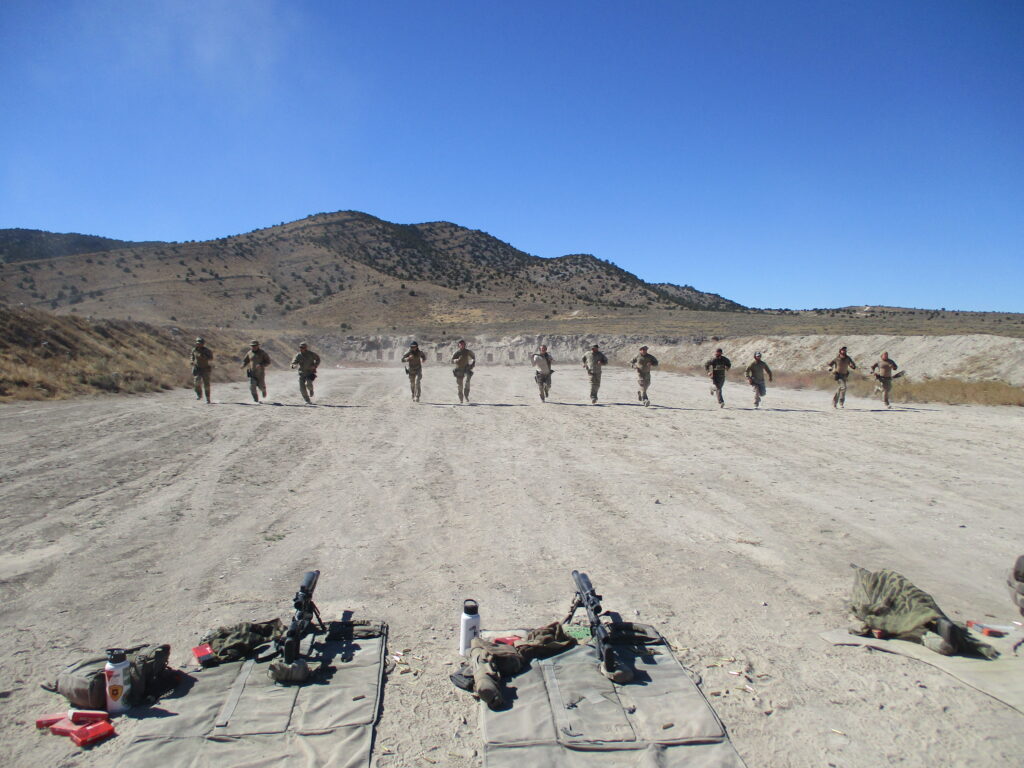 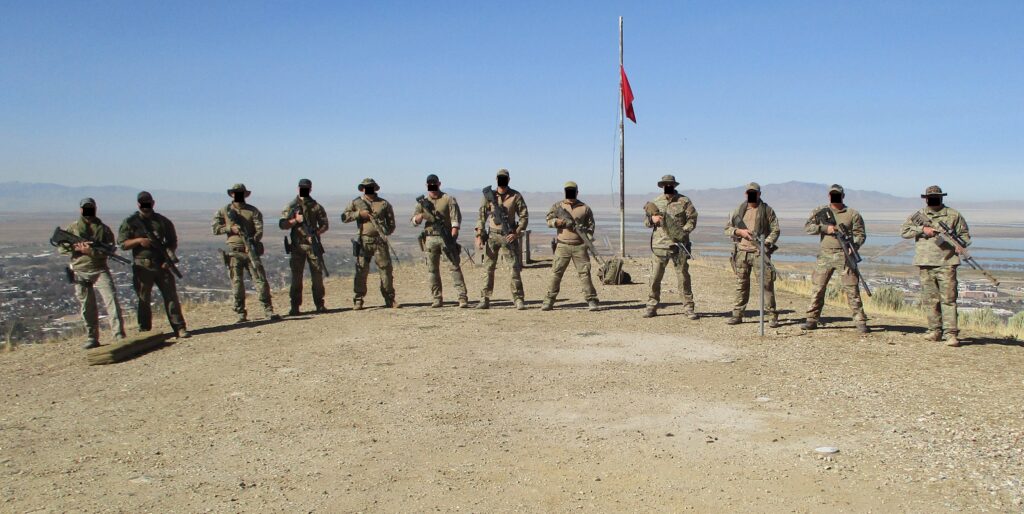 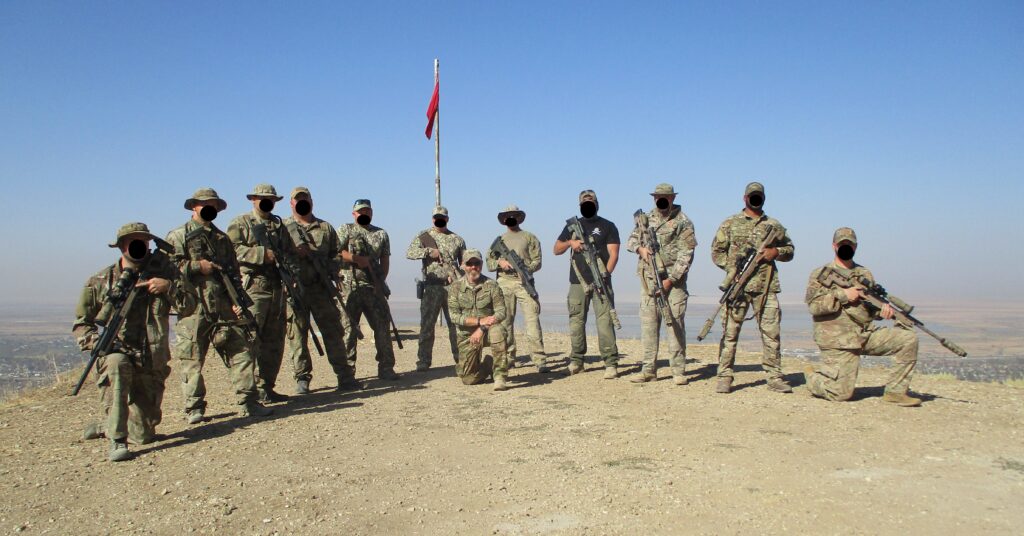 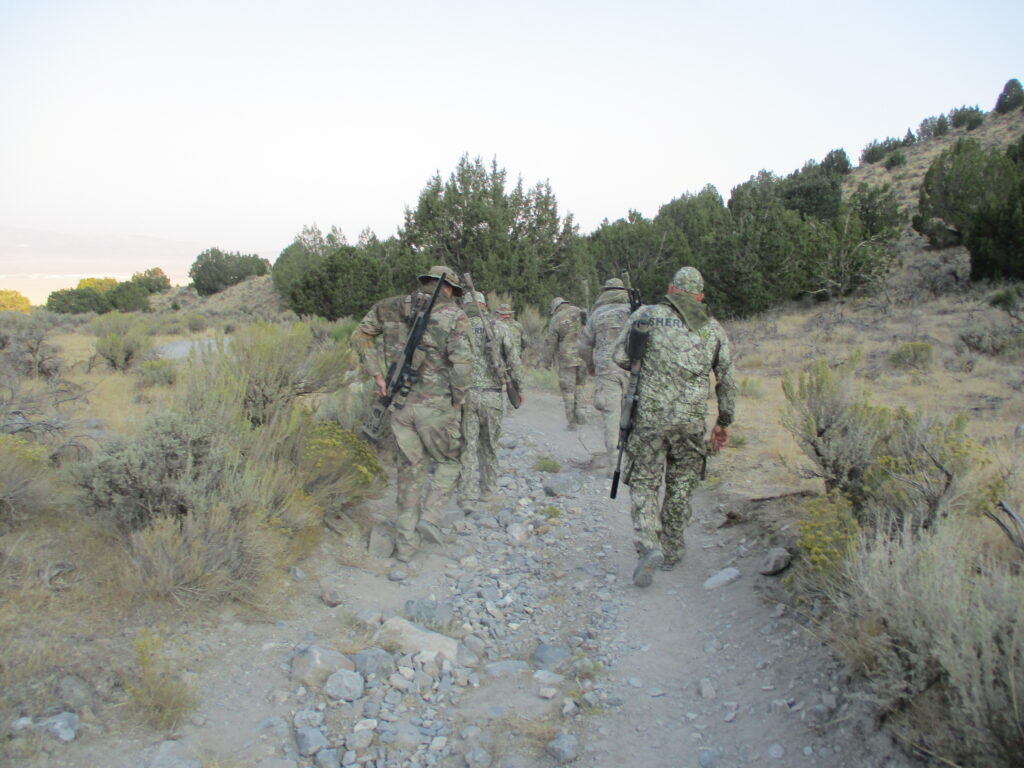 After one week back at home, do the laundry and load the truck it was off to Springfield, TN where we did another Level I Sniper Course with host agency Robertson County Sheriff’s Office.  A full class of 12 officers from 6 Tennessee and South Carolina agencies enjoyed a beautiful but warm October week for training. 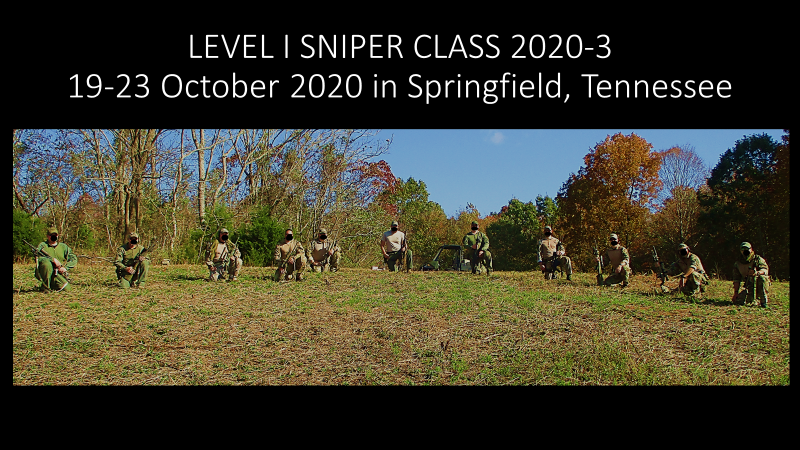 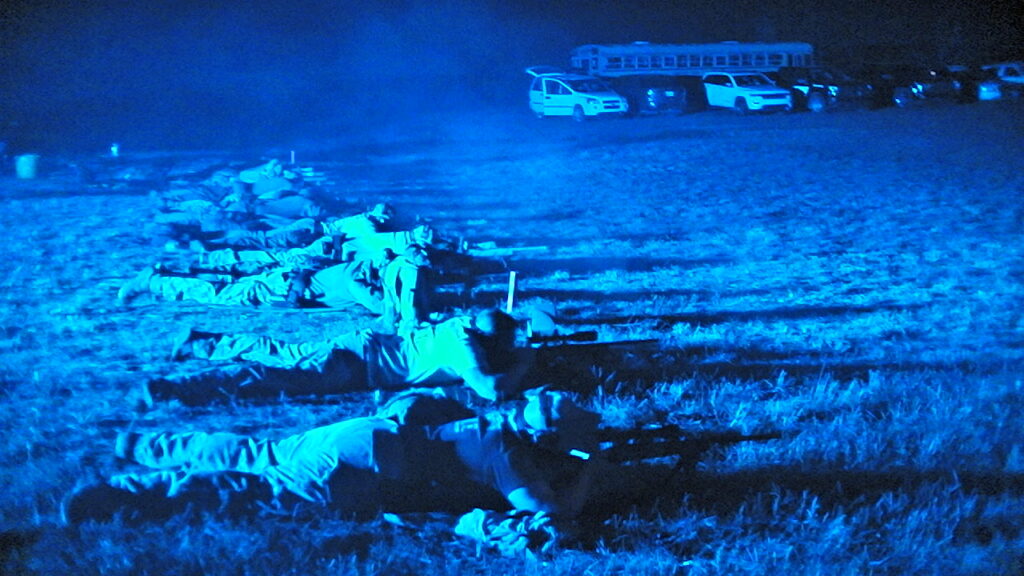 We continued the momentum moving into November with a Law Enforcement Firearms Instructor course in Covington, TN hosted by Tipton County Sheriff’s Office.  15 officers from 6 agencies across Tennessee completed the course.  Agencies included: 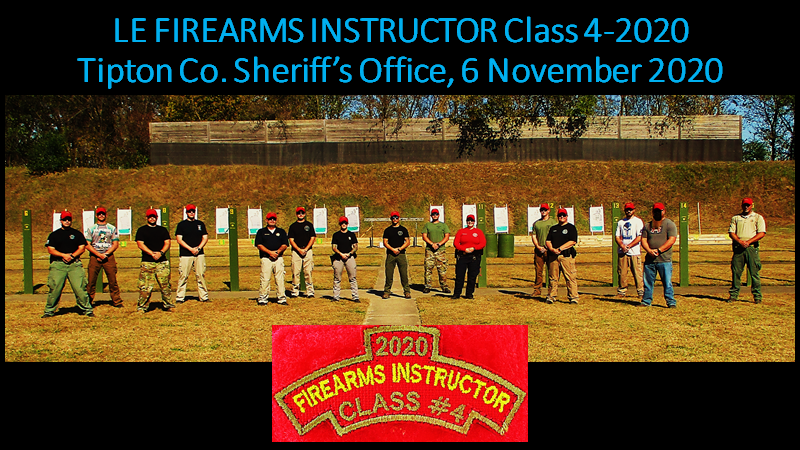 With a bit of a break for Thanksgiving, we finished the year in Livingston, TN with a Law Enforcement Rifle Instructor course co-hosted by Livingston Police Department and Overton County Sheriff’s Office.  While this one was a small class, Livingston PD’s training facility that included housing accommodations made the course possible.  Seven officers from five agencies participated.  Agencies included:

2020 has been a tough year on everyone, but especially those on the front lines.  Our families have suffered losses to the pandemic and there has been blood left on the field.  We are happy to have marked it by providing what we believe to be some of the most solid, well researched and supported training available today.  We are one of many and we acknowledge that there are many paths to the of any mountain.  As a GSA Defense Contractor, the gravity of what we teach is not lost on us.  Everyday our alumni go into harms way and do the work that others cannot comprehend.

Thank you to all who have trusted us with your training dollars and personnel to provide training this year.  As we enter our 20th year of professional training in 2021, we look forward to continuing to bring the highest quality of training possible to you.

Thanks to All and Stay Safe,